Home > Leadership Skills > Standing Up to the Boss

Standing Up to the Boss 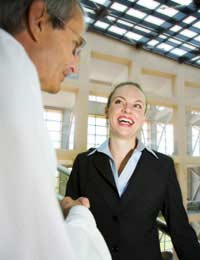 There are two sides to being a good manager. On one hand, a manager has to establish a positive working environment that allows people to challenge ideas and creates a team of thinking, committed people capable of producing the kind of innovation and productivity required to succeed. On the other hand, a manager has to be a good subordinate by challenging their boss.

A smart manager does not sit back and protect their job by agreeing with everything their boss suggests. That may be the easy option, but it is a manager’s responsibility to be honest with their boss and to tell them what they really think. This is particularly important when a manager disagrees with their boss.

Find the confidence to discuss issues openly, frankly and with the best interests of the company at heart. Give the boss as much information and as many options as possible. A manager needs to be professional about it, but should be candid too and not afraid to fight hard for what they believe is right.

When a manager is convinced their position is right, they have to argue their points strongly. Obviously, a manager will want what is best for their team and be keen for things to be done in a way that will benefit their department. Those are worthwhile causes worthy of a manager’s backing, but they should not overdo it.

Timing can be important. A manager is unlikely to get a good hearing if they approache a boss who is overloaded with work. Instead, ask when is suitable and make an appointment. Also, a manager is more likely to have ideas and proposals taken seriously once they have earned the right to be heard, so work hard to impress senior management staff before making an approach.

A manager has to accept that they will not win every battle. After all, the boss is looking after the interests of an entire organisation, not just one department. An element of negotiation has to be involved, therefore. A manager should remember that they will negotiate other issues with their boss in the future and, for this reason alone, must learn to disagree without being disagreeable.

Once the boss has made a decision, the discussion, arguing and dissent has to stop. In fact, a manager has an obligation to support their boss in that decision, even if they disagree with it. After all, a manager would expect the same from his team members, so they should be willing to practice what they preach.

Of course, it is not easy for a manager to get their points across if the company does not allow dissent and castigates those who suggest alternative ideas. Such attitudes will create an environment of fear, ill-feeling and stagnation and should be challenged by a manager.

Try to encourage the company to foster a culture that values differing opinions rather than one full of similar individuals who are either unwilling or unable to offer a different perspective. Management staff with the confidence and courage to show dissent should be rewarded, as should those who offer creativity and original thought in decision-making processes.

How to Develop Leadership Traits

How to Build a Team amongst Your Staff
Share Your Story, Join the Discussion or Seek Advice..
I am fully agree with the leadership skills and the related articles. I am not a manager yet but as a supervisor work with several managers. I could see the different approach everyone has and the implementation of the skills and knowledge into the actual day to day work. As far as Standing Up to the Boss, very few managers try to say something specially in this tight job market. But yes as a whole, I would agree most of the Traits.
Toss - 22-May-12 @ 11:56 AM
Title:
(never shown)
Firstname:
(never shown)
Surname:
(never shown)
Email:
(never shown)
Nickname:
(shown)
Comment:
Validate: