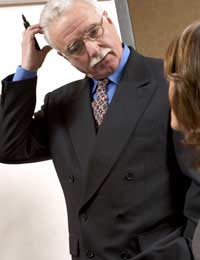 Conflict within a team need not be destructive. If managed properly, conflict can be one of the drivers for improved team performance. It can lead to more creative ideas, better decisions and higher quality output from the team. However, if managed badly, conflict can stop teamwork and prevent individuals from achieving personal goals.

Of course, a good team should have a diversity of ideas, knowledge and resources, but diversity can produce conflict. Individuals within a team will have differences in terms of values, attitudes, power and social factors. These can all contribute to the creation of conflict and it can be difficult for a manager to expose the sources of conflict.

Generally speaking, the reason behind a conflict will fall into one of three categories, namely personal factors, communication factors or structural factors. Issues surrounding an individual’s personal goals, self-esteem, values and needs fall into the personal factors category. Structural disagreements include reward systems, levels of participation, turnover rate and levels of interdependence among employees.

Poor communication is one of the most important factors and can be a major source of misunderstanding. Communication barriers include insufficient sharing of information, differences in interpretation and perception, poor listening skills and nonverbal cues being missed or ignored. Managers must understand how unpredictable conflict can be and what impact it can have on individuals and the team as a whole if they are to deal with it successfully.

Conflict can be considered positive when it allows important issues to surface and gives people the chance to develop their communication and interpersonal skills. It is then that conflict can lead to new ideas and processes. Teams may even show more interest in dealing with problems. However, if conflict is allowed to escalate to the point where people begin to feel defeated, it becomes negative and a climate of suspicion and distrust can develop.

There are different ways a manager can deal with negative conflict, and perhaps the best is the direct approach. It can be uncomfortable to deal with conflict, but if a manager brings the issues to the surface and deals with them head-on, it will often leave everyone with a sense of resolution.

If two team members are struggling to find common ground, a manager can act as a third party and help to find a compromise. This involves give and take on both sides, however, and can end up with both parties walking away dissatisfied.

When it is clear an individual does not want to be a team player and refuses to work with the rest, a manager’s only option may be to enforce the rules. This can lead to bad feelings toward the manager and the team and it is often better for all concerned if the person involved can find another team.

If a manager believes there is no real problem, he can try to avoid or work around the perceived conflict and allow the individuals involved to cool off. When used correctly, this technique can prevent minor issues caused by someone having a bad day from becoming big problems. Finally, there are times when a manager can diffuse negative conflict by putting emphasis on the areas of agreement. If both parties can see there are areas of agreement, they may start to move in a new direction.