Home > Managing Yourself > Owning Up to Mistakes as a Manager

Owning Up to Mistakes as a Manager 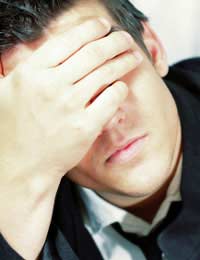 Even the best managers make mistakes. What is important is how a manager deals with the mistakes they have made, as this will have a bearing on how they are seen by work colleagues and team members.

No-one is without faults, but if a manager does not acknowledge their mistakes, becomes defensive or tries to justify their mistakes, it can create hostility and a lack of trust between them and their staff. So a manager should assume responsibility for their mistakes at work and tell staff they have slipped up. Do not put the blame on anyone or anything else and do not try to hide the mistake or pretend it did not happen.

It can be tempting to cover up small mistakes in the hope that they will go unnoticed, but it should not make any difference whether the mistake is fairly insignificant or serious, a manager needs to admit to it, apologise for it, fix it, and not repeat it.

Accept the consequences of a mistake and realise that colleagues and bosses may be annoyed or upset because of it. Being honest about making a mistake will help defuse anger and is the first step towards making things right. Then do what it takes to correct the mistake. Of course, it is not possible to change the past, but a manager can learn from their mistakes and avoid making the same mistakes in the future.

Many managers are their own worst critics, so while it is important to admit responsibility and put things right, in many ways it is even more crucial that a manager can forgive themselves and move on.

It can be a blow to a manager’s ego to admit that one of their ideas was not the best, but do not fall into the trap of pouring good money after bad in an effort to fix a problem that cannot be fixed. There can be a lot of pressure on managers to deliver results and this can lead to many adopting a blinkered approach that makes it difficult to see when an idea has bombed. The smart thing to do is bite the bullet and acknowledge that the idea did not work.

Recognise the difference between mistakes and faults. Everyone has made mistakes, including the company’s customers, so people will understand. Indeed, one of the most common faults in managers is their inability to admit mistakes. This can lead to resources being wasted trying to improve an approach that has quite clearly failed.

Mistakes are easier to fix than faults, especially if a manager can learn from them and so not repeat them. Faults will require more work on the part of the manager to put right. Of course, everyone has faults and if a manager can identify his own he can work on them.

Relieve the Stress of a Managerial Role

Looking the Part as a Manager

Leading by Example
Share Your Story, Join the Discussion or Seek Advice..
This website has become my library. I have just received an appointment for the position of Regional Manager in a Family planning Organisation where my staff are all older than me. I believe that with the support of all of you pouring your ideas in this website, I will surely become a perfect and successful managerYembeh MarahSierra Leone
Yembeh Marah - 30-Jun-11 @ 10:30 PM
Title:
(never shown)
Firstname:
(never shown)
Surname:
(never shown)
Email:
(never shown)
Nickname:
(shown)
Comment:
Validate: